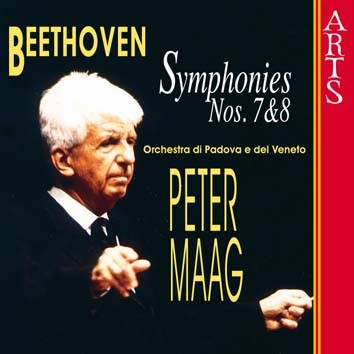 - New complete cyclus of Beethoven's symphonies at a budget price
- Performance of exceptional quality
- First recording of Beethoven's symphonies by Peter Maag
- Performance with chamber orchestra, following original edition
- Few competitors in such respect in the market and all at top price (Harnoncourt)
- The Ninth Symphony recorded live at St. Antonia in Padova
- Excellent reviews and awards for the first installment of cyclus
- Interviews of Peter Maag in Gramophone, CD Classica & others