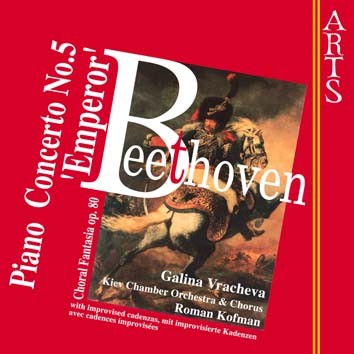 This is the first release of the programmed complete edition of Beethoven's piano concertos with the Bulgarian/Russian pianist Galina Vracheva and the Russian conductor Roman Kofman, both of whom are very well known and appreciated in Western Europe. Galina Vracheva offers a brilliant performance integrated as usual by her improvised cadenzas that permit an interesting revitalisation of these well-known masterpieces. Apart from the integrated cadenzas, the CD offers an alternative cadenza for the piano-solo introduction to the Fantasia, ''in the Schnittke mood'' as Galina Vracheva expressed during the recording in Kiev last year.